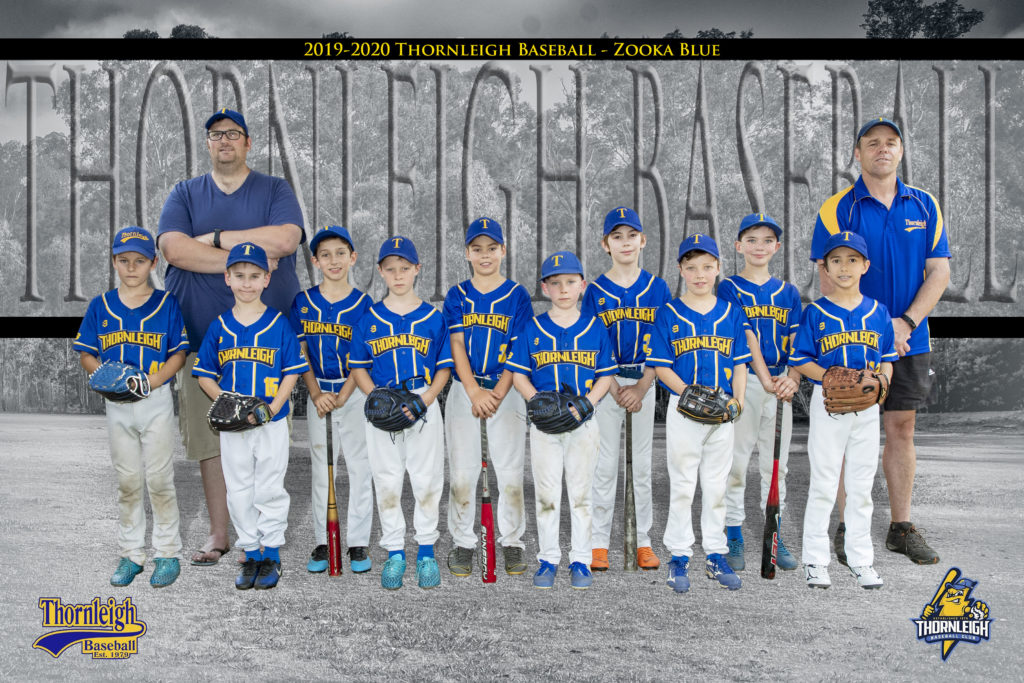 What a season for Zooka Blue, we started with a bang, crashed back to earth and ended the season on a high.

Coaching the Zooka Blue side was an absolute pleasure, we had a mixture of age, experience and personality which combined perfectly into our formidable team.

Training for a new coach was quite the experience and I take this opportunity to thank the parents who were able to assist week in week out. The boys bought into this process and we saw the development of their skill levels as the season progressed.

Our gameday performances throughout the year were solid. We managed to keep up with the stronger sides and really compete, whilst we lost a few tight ones we also managed to notch up a number of quality wins. The clear highlight for me was the final game of the season where the team really jelled with some spectacular plays completed.

Batting across the team improved as the year progressed, newcomers to baseball found their groove and our experienced players led by example. Too many home runs to count but the cheering and support for our runners as they screamed round the bases was a highlight for me.

Our fielding was probably the difference between us and the top sides throughout the year. Some special performances here and there however I look forward to the boys working hard on their fielding skills to really take it to the stronger teams next year.

Special thanks to our team Manager Patrick Gillooly, he really drove the behind the scenes activities and ensured games days ran smoothly, for which I could not be more grateful. To the parents thanks for your help with training, scoring, BBQ’s and ground setup.

And to the Zooka Blue monsters, thanks for having so much fun and a really enjoyable season!

See you next year! 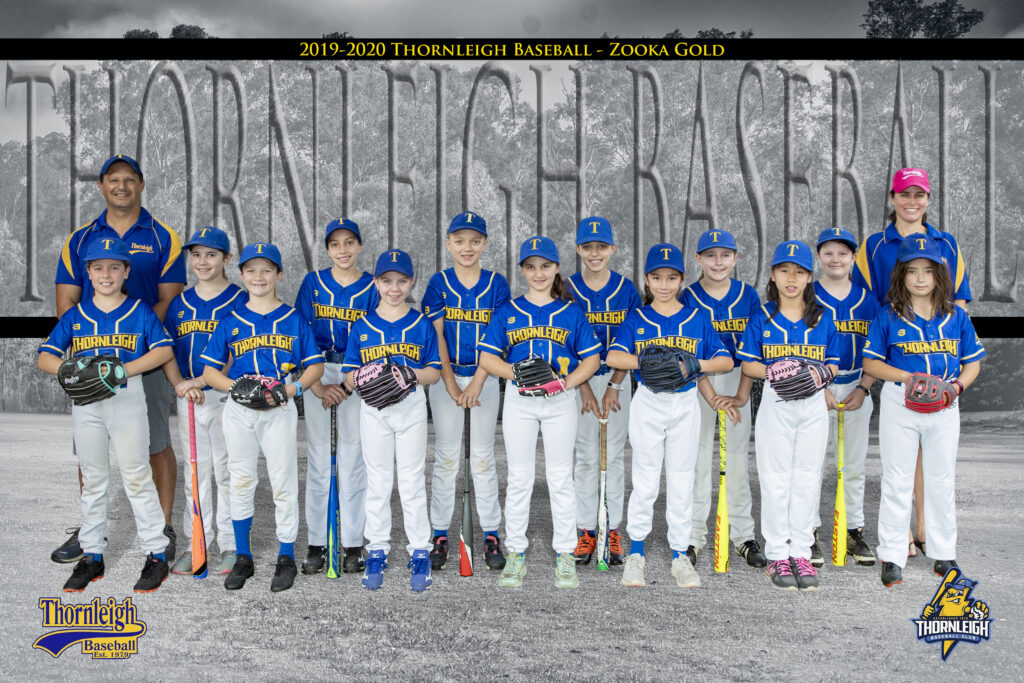 Wow what a fantastic season for Zooka Gold. I had the absolute pleasure of coaching this amazing all girl team once again. As this was the first year of zooka for all the team, the girls were a little hesitant at facing the machine for the first time.

With a mixture of seasoned Tball players and some newcomers to the game, the girls soon overcome their fears and started to gel as a team. It was great to see their confidence and skills build from week to week. Batting at first against the zooka machine was our main challenge, but with all their hard work and perseverance at training it was so satisfying to see them starting to get consistent hits every game. So much so that towards the end of the season some of them even managed a few home runs. Our fielding had also improved immensely, with the girls starting to be able to read some plays and in a couple of games even achieving double plays.

I was so proud of how at every game they would cheer and support each other. Their enthusiasm was infectious. Their tenacity and hard work saw them reach the grand final, which was an outstanding result for their first year of machine ball. They displayed great sportsmanship throughout the season which was acknowledged by becoming the well-deserved recipients of the Sue Phinn Award for 2019/20.

I have to give a huge thankyou to Kath Sculthorpe who as team manager had us all organised every week and made sure everything was running smoothly on the day. I would also like to give a special thankyou to Amanda Long, who with everything she had going on still had to time to race up to Oakleigh oval and assist me with training every week. A notable mention and thankyou goes to Stacey Fishwick for umpiring and also for helping with ground setup. A big thankyou to all of the parents for helping out on gamedays, BBQ’s and getting the girls to training. Your support has made all the difference in making this a great season.

And to the Zooka Gold team, you never cease to amaze me. Thankyou for all your hard work and effort and making it a fun and enjoyable time.

Looking forward to seeing you next season!